Social News Desk has teamed up with BlueLena following a successful joint-pilot program that delivered returns of up to 300% for news publishers’ reader revenue programs.

Utilizing SND’s proprietary Dynamic News Ads technology, which leverages a publisher’s top-performing content to create effective ads from that content, The Arkansas Times, Shawnee Mission Post, and The Record North Shore collectively captured 6,200 newsletter sign-ups during a three-month pilot. The goal was simple: Getting readers to sign up for newsletters to expose them to the journalism produced by each publication and converting those readers to paying members or subscribers.

“Social News Desk and BlueLena’s program is a powerful, turnkey tool that generated more than $10,000 in lifetime value for us. Reaching new readers and introducing them to our most engaging content is key at this point in the growth of our subscription business — and I could see right off the bat that SND would be a big boost on that front.”

To maximize spend, BlueLena used its marketing automation platform to inform SND’s targeting efforts with real-time audience information derived from email and on-site reader engagement. This included excluding contacts already in the publishers’ newsletter lists and providing lookalike audiences for the most engaged contacts and paid subscribers. The integrated approach ensured spend never went to contacts who were already acquired and target the most qualified prospects.

Here’s a look at the impressively successful results:

All three sites have metered paywalls, and acquired contacts were tracked over 6 months to attribute paid subscription conversions to the marketing effort.

The average cost per lead during the initial pilot program was $1.12, which is well below the industry average of more than $2.00 cost per lead, demonstrating the power of SND’s ad tech.

Additionally, in an increasingly privacy-first world, where companies such as Apple are making the tracking of consumers more difficult, first-party data, like email addresses, is becoming more important for publishers. Growing lists through paid acquisition – SND’s strength – and warming leads through engaging content and marketing programs – BlueLena’s specialty – is an effective strategy in converting a casual reader into a paying customer.

The results across the board have been so strong, BlueLena is now expanding the program to make Social News Desk audience acquisition opportunities available to more qualified publishers. 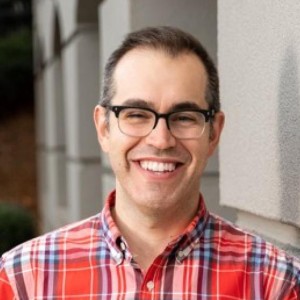